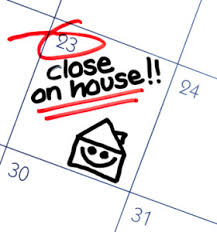 Dori Daganhardt, senior vice president of Data Strategy, explained it this way: “The average home price is a number, but not necessarily a real property with a real closing. To get a sense of what is really going on in the market, we compared real cost data on more than 1.5 million purchase transactions that went through our SmartFees platform in 2018. We also used ‘market-specific’ rates and fees charged by the most active settlement services providers in each geographic area, not just network averages.”

“Because closing costs are based on sale price and taxing jurisdictions, the rankings of high and low-cost states tend to be relatively static,” said Bob Jennings, chief executive officer of ClosingCorp. “However, that doesn’t mean that various jurisdictions aren’t continually contemplating increases and adjustments. Our research showed more than one-third of all counties considered an adjustment to their taxes in 2018 and adjustments in more than 200 counties actually went into effect. These include some interesting twists. For example, four New York counties let their local mortgage tax expire and then reinstated the same tax; and the city of Baltimore introduced a ‘yield tax,’ which is essentially a ‘tax on tax.’ We expect to see even more adjustments in 2019, including a new law which increases the mansion tax on a sliding scale for transfers where the consideration is in excess of $2 million in New York City—already one of the cities with the highest closing costs.”

ClosingCorp average closing costs are defined as the average fees and transfer taxes required to close a conventional purchase transaction in a geographical area. These costs consist of fees from the following service types: title policies (both owners and lenders), appraisals, settlement fees, recording fees, land surveys and transfer tax. Actual closing fees for 1.5 million single-family home purchases from January 1 through December 31, 2018 were analyzed. Homes within a $100,000 range of the average home price (source: CoreLogic, a leading global property information, analytics and data-enabled solutions provider) were used to estimate closing costs for an average home at the state, core-based statistical area (CBSA) and county levels.

The average service type component fee was computed for every geographical area where at least 30 transactions occurred in the specified range during the period under review. Total cost to close was then computed as the sum of the service type averages. Land survey fees only were included for Florida and Texas single-family homes where land surveys are required. If a geographic area did not contain at least 30 data points for a given service type (excluding transfer tax), the average of the next largest geographical unit within the $100,000 range was used as an estimate. Only one estimate was allowed per geography. Cost to close was computed with and without transfer taxes.