A Florida man has been charged with conspiracy, bankruptcy, and wire fraud, facing decades in prison if convicted. That’s according to federal prosecutors. 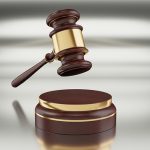 James Lee Clark, who is 59, is accused of conspiring with his paralegal to defraud Fannie Mae and other mortgage companies.

Clark, who was a licensed attorney, also allegedly defrauded his clients out of about $1.3 million from 2012 to 2017.

Read the full press release from the Department of Justice.

Bodnar of MMG: It’s Still All About the Growing Number of Cases

Mortgage Fraudster Gets Another 25 Months for Auto Scam