Payments processing giant Wirecard has filed for insolvency amid a massive accounting scandal that led to the resignation and subsequent arrest of its CEO over a missing $2 billion. So reports CNN. 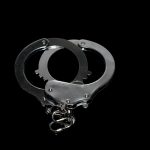 Markus Braun was arrested on charges of fraud days after resigning as CEO when Ernst & Young auditor noticed the hole in the fintech company’s books. The revelations at Wirecard, one of the biggest tech companies in Germany, have drawn comparisons to the collapse of American energy giant Enron in 2001.

At a time when tech startups have been increasingly moving into the mortgage sector, a Bloomberg opinion columnist warns that the Wirecard collapse “could give fintech a bad name.”

Read the full article from CNN.