The Hidden Challenges in 2021 for Mortgage Lenders

In a recent Inman article, a Keller Williams executive discussed the challenges facing the company in 2021. 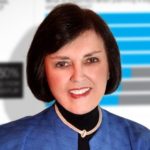 "While we have a profitable business," Williams notes, adding that like other large legacy firms, "it takes time and effort to adapt to some of the industry’s big changes such as compressing commissions and increased competition pushing agent splits up in favor of the agent. As technology, new models and branding have increased in the industry, so too, does the challenge to compete against companies aggressively pursuing these.”

Mortgage banking companies are staring down similar challenges in the year ahead: The marketplace is changing. Competition is intense with outside firms entering the arena. And, each lender has a different mix of technology savvy and technology averse employees. How should sales leaders handle these dramatic forces?

For Keller Williams, a partial solution is to offer a suite of services for real estate agents to choose from. For some agents, this means that the company provides everything from marketing collateral to leads. The executive said, “agents must choose between having an independent relationship with their brokerage firm, but with few services, or having a more dependent relationship with more services, but more constraints on what they can do.” The executive added, “no brokerage can offer both: all the services, all the structure; all the flexibility, and independence any agent may want.”

The majority of mortgage banking lenders provide their sales teams with comprehensive services with some structure. Just look at the most common recruiting pitches for originators: “we have the best technology; most flexible products and pricing; and best service.”

Whether an individual is a top producer or not, the sales pitches are relatively the same with differences in payouts based on previously originated volume at another lender. This structure has been around for years and it has held up very well in mortgage origination. But as Keller Williams has found out, it may not work going forward because a part of their sales force has resisted changing.

In the current environment with historically low interest rates, it appears that mortgage lenders have swept the issue under the rug. Many executives believe that with corporate and personal profitability at record highs, why rock the boat? Yet, it should be alarming that the production per loan officer is only 8 units per month. Obviously, top producers are doing so much more but it is worrisome that such average numbers have been achieved in this once-in-a-lifetime market environment.

While Keller Williams has recognized that a portion of its sales force requires (and is willing to pay for) additional assistance, it is inevitable that the marketplace will sort out less tech-proficient individuals in the consumer’s home-buying journey. Likewise, mortgage banking lenders that are not hiring and developing tech-savvy originators, will ultimately find that their sales force is no longer matched for the new world of retail selling.
Pat Sherlock is the founder of QFS Sales Solutions, an organization that helps organizations improve their sales talent management and performance. For more information, visit https://patsherlock.com.