The Fannie Mae Economic and Strategic Research (ESR) Group downgraded its projections for full-year 2019 and 2020 U.S. economic growth to 2.1 percent and 1.5 percent, respectively, due to expected weakness in business fixed investment and softening global economic conditions. The ESR Group had previously forecast growth of 2.3 percent in 2019 and 1.8 percent in 2020. The ESR Group now projects that the Federal Reserve will cut the federal funds rate by 25 basis points at the September meeting of its Federal Open Market Committee to fend off greater deceleration in domestic growth. The ratcheting up of international trade tensions, including tariffs applied by the U.S. and China as well as the threat to impose tariffs on Mexico, could lead to higher prices and a possible reduction in consumer and business confidence, potentially effecting a further pull back in consumer spending and business fixed investment. This same uncertainty could also impact the previously invulnerable job market, which reported only 75,000 new nonfarm payroll jobs in May and downward revisions to its March and April numbers. 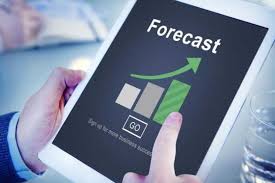 The ESR Group continues to expect housing to provide an economic cushion via a lower and stabilizing mortgage rate environment and a modest rise in the inventory of homes available for sale. Some of March’s increase in pending sales is likely to be reflected in May’s final existing home sales data, and second quarter existing home sales are still expected to grow 2.2 percent from the first quarter on a seasonally-adjusted basis before growth decelerates through the rest of 2019. Supporting affordability, home price appreciation remains near its slowest pace in seven years.

“This month, escalating trade tensions and concerns about weakening global growth led us to revise lower our full-year 2019 and 2020 forecasts of real GDP growth to 2.1 percent and 1.5 percent, respectively,” said Fannie Mae Senior Vice President and Chief Economist Doug Duncan. “Despite a strong start to the year, we expect growth to slow beginning in the second quarter as macro-level uncertainty disincentivizes business fixed investment and starts to weigh on consumer spending. In order to sustain the longest expansion in more than 70 years, we expect the Fed to once again begin easing monetary policy and to cut its interest rate target by 25 basis points in September.”

“We expect housing to add to growth for the foreseeable future, and our projection of a 1.0 percent year-over-year increase in home sales in 2019 remains unchanged,” Duncan continued. “Moderating home price appreciation and attractive mortgage rates continue to support affordability, particularly as home builders are now paying more attention to the entry-level portion of the housing market.”