John Vong, ComplianceEase’s other co-founder, has been named executive chairman of the board. In this role, he will be responsible for setting the company’s overall vision and strategy, as well expanding partnerships, broadening government outreach and establishing ComplianceEase as a leader in GRC technology.

A veteran technologist, Jackman was part of the team at TRW Real Estate that developed the first software for the online ordering of title, tax, appraisal and credit services: technology that was integral to the growth of First American and later, CoreLogic. Over the course of his 30-plus year career, Jackman held division president positions at HNC Software (now part of Fair Isaac) and Fiserv’s LOS division. He was also CIO of Accredited Home Lenders and president and CEO of INTERLINQ Software, which was acquired by Harland Financial Solutions, then D+H Financial Technologies and is now part of Finastra.

Commenting on the transition, John Vong said, “Michael is one of our industry’s true visionaries and a leader who has great credibility in the marketplace. I’m looking forward to working with him to help our clients and industry partners as they transition to the coming digital future.” 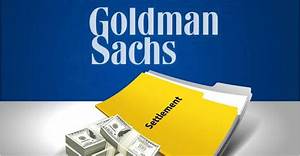 Goldman Sachs has successfully completed 71% of the $1.8 billion in consumer-relief it is obligated to provide under its two mortgage-backed-securities settlements with the Department of Justice and three states, according to the latest report from Eric D. Green, Independent Monitor.

Green, a professional mediator and retired Boston University law professor, was named independent monitor with responsibility for determining whether Goldman Sachs fulfills its consumer-relief obligations. He has assembled a team of finance, accounting and legal professionals to assist in the task.

In his 10th report on the Goldman Sachs settlement, Green approved settlement credit for Goldman Sachs' forgiveness of first-lien principal on 794 loans and extinguishment of another 58 second-lien loans, bringing Goldman Sachs' cumulative consumer-relief credits under the settlements to more than $1.25 billion.

Goldman Sachs also sought credit for the extinguishment of 58 second lien loans, with $3,734,507 in principal forgiven for an average principal forgiveness of $64,388 and \reportable credit of $1,826,785 after the application of appropriate crediting calculations and multipliers.

The latest increment brought the total amount of credit claimed and conditionally validated by the Monitor to $1,286,075,590 or 71% of the $1.8-billion target.

The modified first-lien mortgages are spread across 43 states and the District of Columbia, with 36% of the credit located in the settling states of New York, Illinois, and California, and 50% of the credit located in Hardest Hit Areas, or census tracts identified by the Department of Housing and Urban Development as containing large concentrations of distressed properties and foreclosure activities.

Goldman Sachs' two settlement agreements, reached on April 11, 2016, resolved potential claims regarding the marketing, structuring, issuance and sale of mortgage-based securities. Besides the Department of Justice, California, Illinois and New York, Goldman Sachs reached settlements with the National Credit Union Administration Board and the Federal Home Loan Banks of Chicago and Des Moines.

Under the settlements, Goldman Sachs agreed to provide $5.06 billion, including consumer-relief of $1.8 billion by Feb.1, 2021. 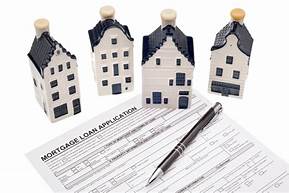 There were fewer first-time homebuyers amid housing slowdown in the fourth quarter of 2018.

Fully 480,000 single-family homes were purchased—a decline of three percent from a year ago, compared to a one percent increase in the third quarter, according to the First-Time Homebuyer Market Report from Genworth Mortgage Insurance.

Housing affordability deteriorated by 17 percent in the fourth quarter from a year ago, due to rising interest rates and higher home values. Homebuyers have reacted to the worsening affordability by putting off buying and looking for lower-priced homes, which resulted in lower prices for first-time homebuyers in the fourth quarter. For instance, the median price paid by first-time homebuyers declined by two percent year-over-year to $233,600.

Over two million first-time homebuyers purchased single-family homes in 2018, up less than one percent from 2017, and the most since 2006.

They accounted for 99 percent of the growth in home sales between 2014 and 2018. First-time homebuyers are reshaping the demographics by moving from states, such as California, Illinois, Massachusetts, Michigan, Louisiana, New York and Texas, and into states such as Arizona, Florida, Georgia, Delaware, Idaho and Nevada 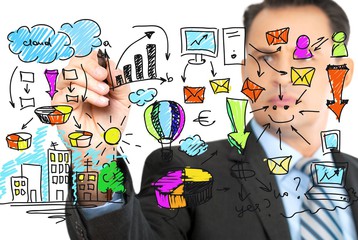 Ellie Mae and AI Foundry have established a partnership in which they will integrate their respective technologies and use artificial intelligence and machine learning to help lenders improve the mortgage origination process.
Lenders will benefit from the partnership through the availability of artificial intelligence-driven automation capabilities that significantly reduce labor-intensive processes associated with mortgage origination.

The partnership and technology integration will provide numerous benefits including: Reduced time spent for loan officers to identify, collect and organize borrower documents in Ellie Mae's Encompass, Digital Mortgage Solution; increased processing efficiency by allowing loan processors to proactively identify and quickly act on missing or incomplete documentation; reduced ongoing risk and quality management in the loan manufacturing process through real-time validations and verifications of information in Encompass with the information extracted from the documents.

"Many lenders are digitally transforming their customer-facing operations while also trying to optimize their back-office systems and processes from within Encompass," said Clark Brett, vice president of business development at AI Foundry. "By integrating our technology with an innovative industry leader such as Ellie Mae, we can dramatically expand AI Foundry's reach into lenders, and help them speed mortgage originations through increased productivity and accuracy. For their customers, this translates into mortgage application approvals in hours rather than weeks."