Millennials closed more purchased loans in December 2018, even in the face of higher-interest rates and fewer homes. 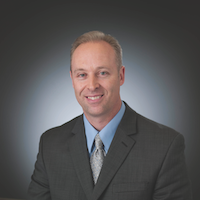 Tyrell: Most Millennials were single when they bought homes.[/caption]

“Many Millennials are prioritizing homeownership and rather than being deterred by a tight market, they’re increasingly competing for available homes or moving to areas where inventory is more robust,” said Joe Tyrell, executive vice president of corporate strategy for Ellie Mae.

According to the latest Ellie Mae Millennial Tracker, share of purchase loans rose 4 percent, accounting for 88 percent of all loans closed by members of the generation in December, compared to 84 percent for the same month in 2017.

With interest rates for all 30-year loans reaching 5.12 percent on average, the highest since Ellie Mae began tracking this data in 2016, refinance rates dropped 5 percent year-over-year, comprising 10 percent of all closed loans in December 2018.

“The average age for a Millennial homebuyer in December was 29.5 years old, the lowest for any month in 2018,” said Tyrell. “This may be driven in part by younger borrowers who no longer feel the need to wait for a typical life event like marriage before buying a home. In fact, from 2016 to 2018, 63 percent of borrowers between the age of 20 and 29 were single when they closed their loans.”

Other takeaways from the report, include the following: