Our Learning Center ensures that every reader has a resource that helps them establish and maintain a competitive advantage, or leadership position. For instance, loan originators and brokers will have one-click access to resources that will help them increase their productivity. Search topics by category and keyword and generate free videos, webinars, white papers and other resources. If you would like to add your content to the learning center, please click here  or email Tim Murphy at tim@themortgageleader.com. 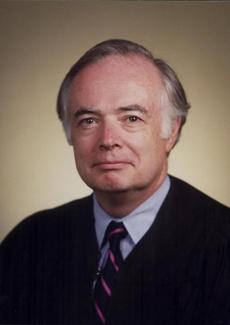 A real-estate attorney was sentenced today in connection with a sweeping conspiracy to defraud banks and mortgage companies by engaging in sham short sales of residential properties in Merrimack Valley, Mass., near Boston.

Jasmin Polanco, 37, of Methuen,Mass., was sentenced by Douglas Woodlock, senior district court judge, to 15 months in prison, three year of supervised release and ordered to pay $1.2 million in restitution. In March 2018, Polanco pleaded guilty to one count of conspiracy to commit bank fraud. 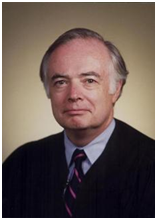 Co-defendants Vanessa Ricci, 41, also of Methuen, a mortgage loan officer, pleaded guilty in March 2018 to one count of conspiracy to commit bank fraud and was sentenced to six months in prison, three years of supervised release and ordered to pay restitution of $963,730. Greisy Jimenez, 50, Methuen, a real-estate broker, pleaded guilty to two counts of bank fraud and one count of conspiracy to commit bank fraud and is awaiting sentencing. Hyacinth Bellerose, 51, of Dunstable,Mass., a real estate closing attorney, was sentenced in March 2017 to time served and one year of supervised release to be served in home detention after pleading guilty to conspiracy to commit bank fraud. The conspiracy began in approximately August 2007 and continued through June 2010, a period that included the height of the financial crisis and its aftermath.

The charges arose out of a scheme to defraud various banks through bogus short sales of homes in Haverhill, Mass., and Lawrence, Mass., as well as Methuen in which the purported sellers remained in their homes with their debt substantially reduced. A short sale is a sale of real estate for less than the value of the existing mortgage on the property.

Short sales are an alternative to foreclosure that typically occur when the mortgage lender consents; the lender absorbs a loss on the loan and releases the borrower from the unpaid balance. By their very nature, short sales are intended to be arms-length transactions in which the buyers and sellers are unrelated, and in which the sellers cede their control of the subject properties in exchange for the short-selling bank’s agreement to release them from their unpaid debt.Home values in Massachusetts and across the nation experienced a significant decline, and many homeowners found themselves with homes worth less than the mortgage debt they owed.

As part of the scheme, Polanco, Jimenez, Ricci, Bellerose and others submitted materially false and misleading documents to numerous banks in an effort to induce them to permit the short-sales, thereby releasing the purported sellers from their unpaid mortgage debts, while simultaneously inducing the purported buyers’ banks to provide financing for the deals. In fact, the purported sellers simply stayed in their homes, with their debt substantially reduced.

The conspirators led banks to believe that the sales were arms-length transactions between unrelated parties, which was false; in fact, the buyers and sellers were often related, and the sellers retained control of (and frequently continued to live in) the properties after the sale. The conspirators also submitted phony earnings statements in support of loan applications that were submitted to banks in order to obtain new financing for the purported sales.

In addition, the defendants submitted phony “HUD-1 Settlement Statements” to banks that did not accurately reflect the disbursement of funds in the transactions. (HUD-1 Settlement Statements are standard forms that are used to document the flow of funds in real estate transactions, and they are required for transactions involving federally related mortgage loans, including all mortgages insured by the Federal Housing Administration.

Mortgage servicers will be forced to operate under more regulatory scrutiny if a proposed bill becomes law. That’s because the legislation would increase the Federal Housing Finance Agency’s oversight of mortgage servicers that conduct business with Fannie Mae and Freddie Mac—with the aim to protect borrowers from foreclosures.

Congresswoman Maxine Waters (D-CA), Ranking Member of the House Committee on Financial Services, introduced H.R. 6102, the Homeowner Mortgage Servicing Fairness Act of 2018, which “continues the fight to ensure hardworking Americans can remain in their homes,” according to a statement from her office.

“Borrowers can’t choose their servicer so it’s especially important that Congress provide strong protections to prevent servicers from taking advantage of borrowers and to protect borrowers from foreclosure,” said Waters. “This bill will implement common-sense reforms to ensure that servicers are giving borrowers every possible opportunity to avoid foreclosure.”

According to the legislation, in view of the heightened reliance by Fannie Mae and Freddie Mac on unilateral reviews of borrowers for loss mitigation in place of reviews of applications initiated by borrowers, there is an increased need for oversight to bring accountability to the loss- mitigation review process. In addition, borrowers have faced “wide-ranging problems with their mortgage servicers, including errors that have cost some borrowers money and have cost others their homes.” Fannie Mae and Freddie Mac own or guarantee nearly 60% of all mortgage loans.

Borrowers have also had to contend with lapses in basic mortgage servicing functions, such as inaccurate monthly statements, improperly credited payments, improper escrow handling, and improper servicing transfers. The failures led the Consumer Financial Protection Bureau to initiate enforcement actions against nine bank and non-bank mortgage servicers, from 2013 through 2017, for ‘‘mismanaging the loss-mitigation process, mistreating mortgage borrowers who were trying to save their homes from foreclosure and failing borrowers at every stage of the mortgage servicing process.”

The legislation is designed to deliver the following protections to borrowers, according to the statement:

“Mortgage servicers play a critical role in determining whether homeowners experiencing financial hardships will be forced out of their homes,” said Waters. “However, despite the lessons learned during the foreclosure crisis, we continue to uncover evidence of bad behavior by our nation’s mortgage servicers.

Sens. Catherine Cortez Masto, D-Nev., and Elizabeth Warren, D-Mass., sponsored companion measures in the upper chamber.The legislation is supported by the National Consumer Law Center and the National Fair Housing Alliance, but neither organization responded to requests for comments.

Molly Boesel: Rents are increasing in most cities across the U.S.[/caption]

Year-over-year single-family rent price increases have slowed since February 2016, when they peaked at 4.2 percent, though they have increased since 2010. “Most metropolitan areas are seeing steady rent increases both month over month and year over year, with [southern metropolitan areas] showing the fastest growth,” said Molly Boesel, principal economist at CoreLogic.

Rent prices among low-end increased 3.9 percent in March 2018, a drop from a 4.4 percent increase in March 2017. Low-end properties are those with rent prices less than 75 percent of the regional median. While prices for low-end rentals are still outpacing the high-end market, a decrease in the growth rate could signal that prices are beginning to stabilize.

High-end rentals, or properties with rental prices greater than 125 percent of a region’s median rent, pulled down national rent growth in March 2018. High-end rent prices increased 2.3 percent year over year in March 2018, up from 1.8 percent compared to March of 2017.

Among the 20 metropolitan areas, Las Vegas had the highest year-over-year increase in single-family rents in March 2018 at 5.5 percent compared with March 2017, followed by Phoenix 5.4 percent, and Orlando, 5.2 percent. For the fifth consecutive month, Honolulu was the only metro with decreasing rent prices, declining 0.4 percent year over year in March 2018.

This is compared with the national employment growth average of 1.6 percent, according to data from the Bureau of Labor Statistics. Of the 20 metros analyzed, Chicago experienced the lowest employment growth, which could be a factor in its low rent growth of 0.6 percent. Rent prices continue to increase in disaster-struck areas like the Houston metro area, which experienced growth of 3.4 percent year over year in March 2018. This is up from a 2.7 percent increase in February 2018 and a 1.1 percent increase in October 2017, which was the first rent increase for Houston since April 2016.

Read more...
Tagged under
Get Listed in Learning Section