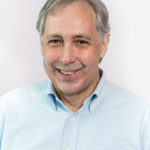 At a seasonally adjusted annual rate of $783.6 billion, new construction starts in May advanced 15 percent compared with April. The increase follows a 12-percent decline in April and shows total construction activity reaching the highest level reported over the past eight months, according to Dodge Data & Analytics.  The lift in May came from substantial gains for nonbuilding construction, up 39 percent; and nonresidential building, up 18 percent; as both sectors benefitted from the start of several very large projects.

Nonbuilding construction, and specifically its public works segment, was boosted by the start of three large natural gas pipelines with a combined construction start cost of $4.6 billion, plus $1.4 billion related to the start of an environmental cleanup project at the Los Alamos National Laboratory in New Mexico, a $1.4 billion rail transit project in Los Angeles CA, and a $1.1 billion rail transit project in the Boston area.  Nonresidential building was aided by the start of a $1 billion Facebook data center in Nebraska, the $764 million expansion to the Washington State Convention Center in Seattle, and a $740 million airport terminal project at Salt Lake City International Airport. Meanwhile, residential building in May held steady with its April pace.

Through the first five months of 2018, total construction starts on an unadjusted basis were $299.9 billion, down 3 percent from the same period a year ago.  On a twelve-month moving total basis, total construction starts for the twelve months ending May 2018 were up 1 percent compared with the amount reported for the twelve months ending May 2017. The May statistics raised the Dodge Index to 166 (2000=100), compared to April’s reading of 144, revised from the initially reported 143.

“On balance, the pace of total construction starts is staying close to the levels achieved over the past year, when activity grew 5 percent. It’s true that the construction industry is facing increased headwinds, such as higher material prices and the recent pickup in interest rates, but to this point they have not yet produced a discernible negative impact on the overall level of construction starts,” said Robert Murray, chief economist for Dodge Data. “Bank lending standards for nonresidential building projects have eased slightly, and the recent rollback of Dodd-Frank regulatory constraints on mid-size regional banks may lead to more funding for construction projects in the near term.”

Click below as Murray discusses Construction Starts in May.

Nonbuilding construction in May was $222.1 billion on an annual basis, rebounding 39 percent after sliding 23 percent in April.  The public works project types as a group surged 47 percent, boosted by a 169 percent jump by the miscellaneous public works category that includes pipelines, rail transit and site work. Residential building in May was $312.8 billion, on an annual basis, essentially unchanged from April. Multifamily housing in May made a partial 13 percent rebound after a 20 percent decline in April.  There were six multifamily projects valued each at $100 million or more that reached groundbreaking in May, compared to four such projects in April.

Leading the way was the $173 million multifamily portion of a $200 million mixed-use high-rise in Oakland, $162 million for two residential towers in Bethesda, Md., and $155 million for the multifamily portion of a $190 million mixed-use complex in the San Jose area. In May, the top five metropolitan areas ranked by the dollar amount of multifamily starts were – New York, District of Columbia, San Francisco, Miami and Dallas-Ft. Worth.  Metropolitan areas ranked 6 through 10 were – Boston, Seattle, Orlando, Los Angeles and Atlanta.

Single family housing in May retreated 4 percent from the previous month, as the continued expansion for this project type struggles to take hold in early 2018.  By geography, single family housing showed this pattern in May relative to April – the South Central, were down 8 percent; the West and South Atlantic were each down 6 percent; and the Midwest and Northeast were each up 5 percent.