The Trump administration has announced that it will eliminate the 2015 Affirmatively Furthering Fair Housing regulation, an Obama-rule meant to roll back the historic impact of racial segregation in America’s suburbs. So reports the Associated Press. 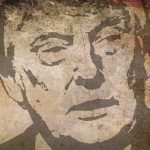 Department of Housing and Urban Development Secretary Ben Carson called the AFFH rule “unworkable and ultimately a waste of time.” Fair-housing advocates and Democratic lawmakers slammed the move as a divisive withdrawal of oversight, undertaken without the standard months-long rulemaking process.

As ABC News reports, the step’s practical impact was limited by the fact that the administration stopped enforcing the rule in 2018.

Read the full article from the Associated Press.

Bodnar of MMG: A Lotta Green