CoreLogic® released its annual Natural Hazard Report including a look back at communities affected by wildfires, hurricanes, tornadoes and earthquakes in 2019. 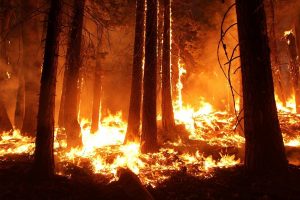 As a result of natural hazards, there could bring an increase in mortgage delinquency rates, taking 12 or more months before normalizing to pre-disaster rates.

After 2017 Hurricanes Harvey, Irma and Maria, serious delinquency rates on home mortgages tripled in the Houston, Texas, and Cape Coral, Florida, metropolitan areas and quadrupled in San Juan, Puerto Rico. Serious delinquency rates spiked by more than 50% in the Santa Rosa and Chico, California metro areas after the 2017 Tubbs Fire and 2018 Camp Fire.

“While 2019 was not the most catastrophic year to-date, it demonstrated a continuing trend of higher losses,” said Tom Larsen, Principal, Industry Solutions. “Affected communities experience an ensuing ripple effect from natural disasters, which is why continuously improving the data and analytics surrounding these catastrophes is so important in making our society more resilient. Understanding the past is critical to contending with the risk of the future.”

2019 marks the seventh year in the last decade in which 10 or more weather and climate disasters exceeding $1 billion have occurred. The decade brought some federal and state policy changes as the United States grapples with more frequent and more severe natural disasters:

Catastrophic and extreme weather events in 2019 examined in the report include: