As more homeowners are reluctant to list their homes for sale amid the pandemic, the supply of homes available to potential home buyers continues to dwindle, says Mark Fleming, Chief Economist at First American. 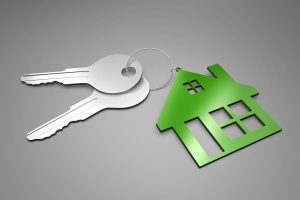 “The coronavirus pandemic continued its historic assault on the domestic and global economy in April, and the housing market did not go unscathed,” Fleming said. “Typically, the hot spring home-buying season would be in full swing in April, but pandemic-related impacts, including shelter-in-place orders, the rapid surge in unemployment, and declining consumer confidence chilled a promising spring for the housing market.

“The pandemic has strengthened the long-run trend in tenure length, which has been increasing since the aftermath of the housing market crash. In the months preceding the pandemic, the pace of tenure length growth had slowed, falling to 7.6% year-over-year in February, but has since accelerated to 8.5% in March and April,” Fleming said. “The main reason? Existing homeowners are hesitant to list their homes for sale in uncertain economic times, and some are concerned about the potential health risks associated with showing homes to buyers. Existing-home listings fell by 44% compared with one year ago in April, which is typically one of the busiest months for existing-home sales. As more homeowners are reluctant to list their homes for sale amid the pandemic, the supply of homes available to potential home buyers continues to dwindle. You can’t buy what’s not for sale.”

Looking Ahead, Housing Market Shows Signs of a Thaw

“Despite the pandemic, showing activity has rebounded in May after reaching a trough in mid-April. Mortgage applications for home purchases have also rebounded, increasing for four consecutive weeks, and are now only down 10% relative to one year ago,” Fleming said. “Last month at this time, they were down 35% relative to the same week one year ago. Historically low mortgage rates, as well as new technology that allows buyers to house-hunt from afar, seems to have lifted the housing market from April’s low point. Strict credit standards and rising tenure length will continue to be headwinds to the potential for existing-home sales, but the housing market is showing early signs of resilience amid the pandemic.”