The net profit margin outlook for mortgage lenders turned positive for the first time in nearly three years, due primarily to strong demand expectations for both purchase and refinance mortgages, according to Fannie Mae’s Q2 2019 Mortgage Lender Sentiment Survey®. 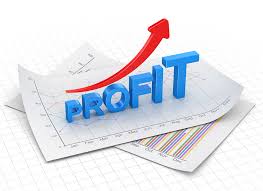 “Lenders are signaling strong demand-driven mortgage market dynamics, with optimism for both their consumer demand and profitability outlooks reaching multi-year highs,” said Doug Duncan, Senior Vice President and Chief Economist at Fannie Mae. “Lender sentiment regarding both recent and expected purchase mortgage demand growth across all loan types was the most upbeat in at least three years. And for the first time in more than two years, lenders who are reporting or expecting growing refinance demand became the majority. With brighter volume expectations, the profit margin outlook improved markedly, helping the net share of lenders reporting rising profits turn positive for the first time in nearly three years, with consumer demand cited as the top reason for the rosier outlook. A lift in lender sentiment from depressed levels is an encouraging sign; however, many challenges remain, including the continued shortage of entry-level housing. In addition, it appears that the meaningful easing of lending standards is a thing of the past.”

Two Big Mortgage Lenders Are Going on a Hiring Spree