The author is Don Layton, Senior Industry Fellow at the Joint Center for Housing Studies of Harvard University and the CEO of Freddie Mac from May 2012 until June 2019.

Freddie Mac and Fannie Mae securitize mortgages they purchase from bank and non-bank lenders. In doing so they sell the complex interest rate risk of those mortgages to bond market investors, but historically retained 100% of the associated credit risk. 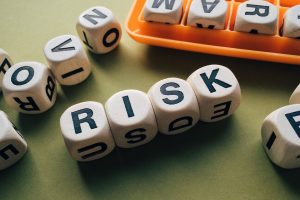 In the 2008 financial crisis, this concentrated mortgage credit risk generated large losses, which led to the companies being put into conservatorship, an obscure legal status where they are, essentially, wards of the US Government.

In mid-2013, however, Freddie Mac pioneered the first modern credit risk transfer (CRT) transaction by a GSE; this transferred a portion of the credit risk to private capital sources, thereby reducing the exposure of the company–and the taxpayers supporting it during conservatorship–to that risk. Fannie Mae followed suit later that year.

Although many industry observers thought it was just an interesting experiment, such transactions quickly became routine, done frequently and in large size. CRT, initially designed to transfer credit risk to private capital investors in the global bond markets, was supplemented later by a version targeted at reinsurance companies, and finally by one aimed at mortgage lenders.

Looking back, it is clear that CRT probably constitutes the biggest reform of the GSE business model in decades, as five separate GSE challenges (two of them with major public policy significance) are being successfully addressed by its implementation.

This GSE business model change happened quickly and relatively quietly as it was done “inside conservatorship,” meaning that the two GSEs were operating at the direction of their regulator, the Federal Housing Finance Agency (FHFA), which was (and still is) also their conservator. As conservator, FHFA has the legal authority to directly manage the affairs of the companies.

There was therefore no lengthy and public discussion about CRT ahead of time by the housing finance policy community, as would have been typical in the traditional process of rulemaking or passing legislation. As a result, CRT to this day is not broadly well understood. To address this, I am therefore writing a series of three papers on Demystifying GSE Credit Risk Transfer.

This first paper, Demystifying GSE Credit Risk Transfer: Part I – What Problems Are We Trying to Solve?, goes back to the 2008 financial crisis, when Freddie Mac and Fannie Mae became a source of broad financial system instability. Between them, they had almost $5 trillion of residential mortgage credit risk (an amount so large it was more than double the total asset size of America’s largest bank) at a time when that mortgage asset class was under the most severe stress since the Great Depression. The mortgage-backed securities and debt issued by the two GSEs to finance that $5 trillion were widely held throughout the already-shaky financial system.

With likely future losses overwhelming the amount of GSE capital supporting that risk, the possible default of the two companies threatened to spread and amplify the financial contagion during that tense period. So, to prevent other financial institutions from taking large losses on those assets, further eroding broad financial market strength and confidence, the Federal Government put the two companies into conservatorship.

Then the government, acting through the US Treasury, pumped roughly $190 billion worth of capital into them over the next few years, so that their obligations could be paid in full and on time, and also so they could continue to support the economy, then in the free-fall of the Great Recession.

But the two GSEs were monolines, by intent and design of Congress, to help housing and homeownership as a policy goal. This created a seemingly unsolvable conundrum: how to have large monoline residential financial institutions as a matter of public policy while not creating potentially-destabilizing concentrations of credit risk that could, once again, threaten the financial system. Beginning in 2012, as conservator, the FHFA embarked on a program to reform the historic GSE system, which it publicly announced with a strategic plan and annual “conservatorship scorecards.”

One of the key reforms was to encourage the GSEs to develop and use CRT, an idea that had never taken off in the past, to solve this conundrum. (The FHFA knew that other approaches to address the conundrum were possible, but as those were thought to require legislation–which seemed unlikely to emerge from Congress for many years, if ever–the scorecard focused solely on CRT.) It was hoped a robust CRT program would allow the GSEs to continue to purchase home mortgages to support the economy and homeownership, just as they had done in the past, while also preventing a buildup of the excessive concentration of mortgage credit risk on their books; instead, that risk would mostly be sold off to institutional investors and others, creating a more stable financial system.

After that first transaction in 2013, it took just a few years for CRT to mature and become a core component of the reformed GSE business model, today putting about 70 percent of all new single-family mortgage credit risk into the hands of private capital. This dramatically reduces the potential for the GSEs to become a source of systemic instability in the future, as they had become in 2008.

In addition, CRT has become the linchpin for other improvements in the US system of housing finance. It dramatically reduces the taxpayer’s exposure to the risks of the GSEs while they are in conservatorship. It provides a source of market discipline on the credit risks the GSEs are taking, reducing the likelihood they might misstep and produce large credit losses in the future. It has also become key to improving the economic efficiency of the mortgage system, which could lead someday to a reduction in the cost of mortgage credit.

My first paper in this series lists five major GSE challenges that CRT successfully addresses, starting with the reduction in the systemic risk that such large, monoline balance sheets generate, while leaving in place the ability of the GSEs to purchase mortgages, just as they have in the past, as public-purpose residential finance monolines.

Part two of the series (coming soon) will address how CRT transactions work, and also how well they work. The reality is that one can easily have a CRT transaction with enough design defects such that, when the next big cyclical downturn comes, it will prove inadequately effective, not delivering the risk transfer intended and expected. In the second paper, I will list a set of requirements against which to judge CRT transactions to ensure they are truly effective, and then show how well various types of CRT used by the GSEs meet these criteria.

The third and final paper will address the politics around CRT. Given how highly politicized America’s housing finance system is, I will describe how CRT quickly became a part of that politicization, both in terms of groups looking for ideological victories and for other groups looking to protect or increase their revenues and profits.

Taken together, the three papers should significantly demystify CRT and demonstrate how much the GSEs and America’s system of housing finance have been improved by it.