Friday, May 28 2021
Originating
Written by  The Mortgage Leader

Nine people have entered guilty pleas in a Southern California mortgage relief scam that resulted in a loss of about $6 million, California’s attorney general has announced. 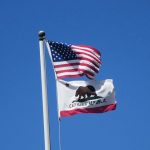 The lead defendant in the case has already been sentenced to seven years and four months in state prison. Four others have also been sentenced, with the remaining four to be sentenced later.

“It is a terrible crime to prey on individuals and families who are feeling vulnerable and distressed as they face losing their homes,” Attorney General Rob Bonta said in a statement.