Mortgage Rates Spike More Than Half a Point in Two Weeks 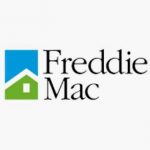 The 30-year fixed mortgage averaged 5.66% in the week ending September 1, up from 5.55% the previous week and an increase of more than a half-point from two weeks earlier, according to Freddie Mac.

“The increase in mortgage rates is coming at a particularly vulnerable time for the housing market as sellers are recalibrating their pricing due to lower demand, likely resulting in continued price growth deceleration," Freddie Mac’s chief economist Sam Khater said in a statement.