Mortgage rates have soared back to their highest levels since November as inflation concerns increased long-term bond yields, which normally move in tandem with mortgage rates. So reports MarketWatch. 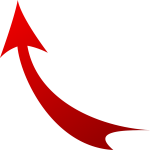 According to Freddie Mac, the average on the 30-year fixed-rate mortgage was 2.81% for the week ending February 18, up from 2.73% the previous week.

Freddie Mac economist Sam Khater said in a press release, “Economic spending has improved, due to the most recent stimulus, but supply chain shortages are causing downstream inflation, leading to higher mortgage rates.”