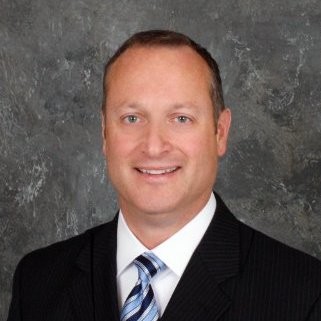 “Valuations, like all other aspects of the mortgage lifecycle, are becoming increasingly modernized and technology-driven,” said Kevin Wall, president at First American Mortgage Solutions. “With our enhanced mobile and data delivery capabilities, we’re helping lenders and valuation professionals stay ahead of the changes and evolving inspection landscape.”

The enhancements include the following:

“This investment in technology further strengthens our decades of inspection experience by continuing to reduce turn-times, improve the customer experience and enhance quality. We’re 'inspection ready' for all of our customer needs,” said Wall. 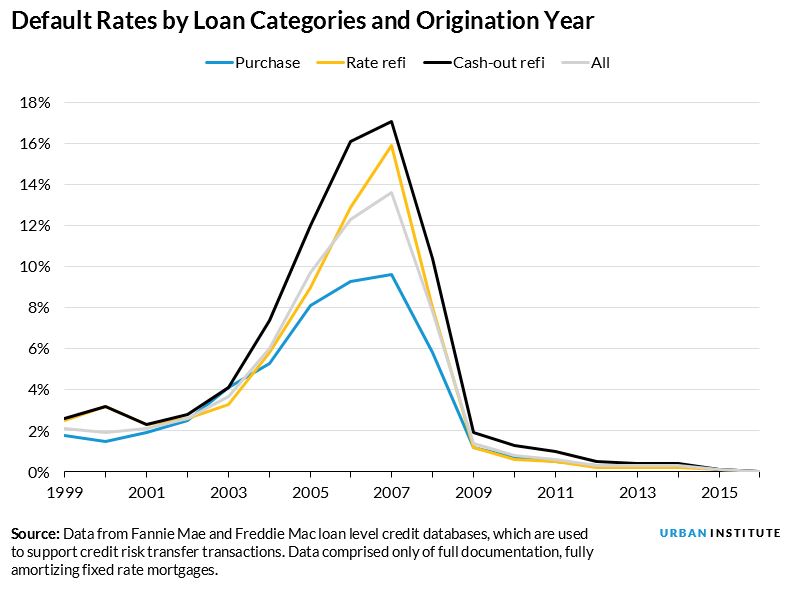 By Laurie Goodman and Jun Zhu

Historically, purchase mortgages have performed better than refinance mortgages, or “refis,” defaulting less often. But changes made in response to widespread appraisal bias during the crisis have improved the industry’s risk assessment and management abilities overall and, accordingly, have decreased the expected default rate on all mortgages.

We looked at the data and concluded that these improvements have reduced the difference in how purchase and refi mortgages perform. And while the models used in FHA, Fannie and Freddie underwriting systems are not public, our results suggest an update may be in order.

The pervasive belief that appraisal bias, especially towards no-transaction refinances, was a significant contributor to the great financial crisis lead to a significant re-evaluation of the appraisal process after the crisis. Appraisals undergo much greater scrutiny today, and the GSEs commonly check these numbers against values generated from automated valuation models (AVMs).  AVMs use mathematical modeling, drawing on a huge database of recent transactions, complete with property characteristics, to generate an estimated sales prices.

This increased scrutiny has made for more accurate appraisals and the AVMs have enabled Fannie Mae and Freddie Mac to share concerns with lenders about an appraisal prior to the execution of a mortgage, allowing the lender to take corrective action.

It was predicted that these developments would decrease the expected default rate on all refinanced mortgages, which were particularly susceptible to appraisal fraud. The data reveals that this has indeed been the case.

The performance of refis versus purchase mortgages

We examined the characteristics of three broad categories of mortgages:

In an earlier paper, we showed that the risk characteristics of these mortgages—things like loan-to-value ratios (LTV), credit (FICO) scores, debt-to-income (DTI) ratios, and the percentage of owner-occupied loans—did not match the actual performance or default of these mortgages. The loan characteristics indicated that rate and term mortgages would default the least and that cash-out and purchase mortgages should default at about the same rates. But in reality, purchase mortgages defaulted the least, followed by rate and term refis, and then cash-out refis, which defaulted the most.

In other words, the rate and term refinance is riskier for a lender than a purchase mortgage, and a cash-out refinance is the riskiest of all.

But this has been changing (see figure above). The differential between rate and term refinances and purchase loans has been narrowing. This change is exactly what we would expect: as appraisals have become more reliable and AVM models have improved, LTV ratios have become more accurate, and the default differentials have narrowed.

In other words, our analysis showed that while the loan characteristics still suggested that cash-out refinance mortgages would be the riskiest and purchase mortgages the least risky, the relative riskiness of the loans had narrowed.

Why do the different default rates between purchase and refinance loans matter?

The GSEs (though Fannie Mae’s Desktop Underwriter and Freddie Mac’s Loan Prospector) and FHA (though is Scorecard)  decide which loans to approve using model based inputs on the riskiness of a given set of loan characteristics. Our results suggest that there has been a structural change in the systems which has lowered defaults, especially on refinance loans, and a recalibration of existing models may be order.

Secondly, knowing the default rates for these loans has implications for the proposed capital standards for the GSEs when they emerge from conservatorship (and it has implications for pricing in the interim). Their analysis looks at historical data to determine capital requirements. The standards, as they are currently proposed, require a 1.3 times premium for rate and term refinances and a 1.4 times premium for cash-out refinances.

Our results suggest that the cash-out refinance premium may be fair or a bit low and that the rate and term premium is too high.

A closer look at our methodology

We control for the factors that could drive defaults: LTV ratios, FICO scores, DTI ratios, interest rates, loan balances, and indicators for single-family, owner-occupied, and issue years. We also include an indicator for rate and term refinances and another indicator for cash-out refinances. Purchase loans are served as the reference category.

Laurie Goodman is a vice president at the Urban Institute and codirector of its Housing Finance Policy Center, which provides policymakers with data-driven analyses of housing finance policy issues that they can depend on for relevance, accuracy, and independence.

Jun Zhu is a senior research associate in the Housing Finance Policy Center at the Urban Institute. She designs and conducts quantitative studies of housing finance trends, challenges, and policy issues. 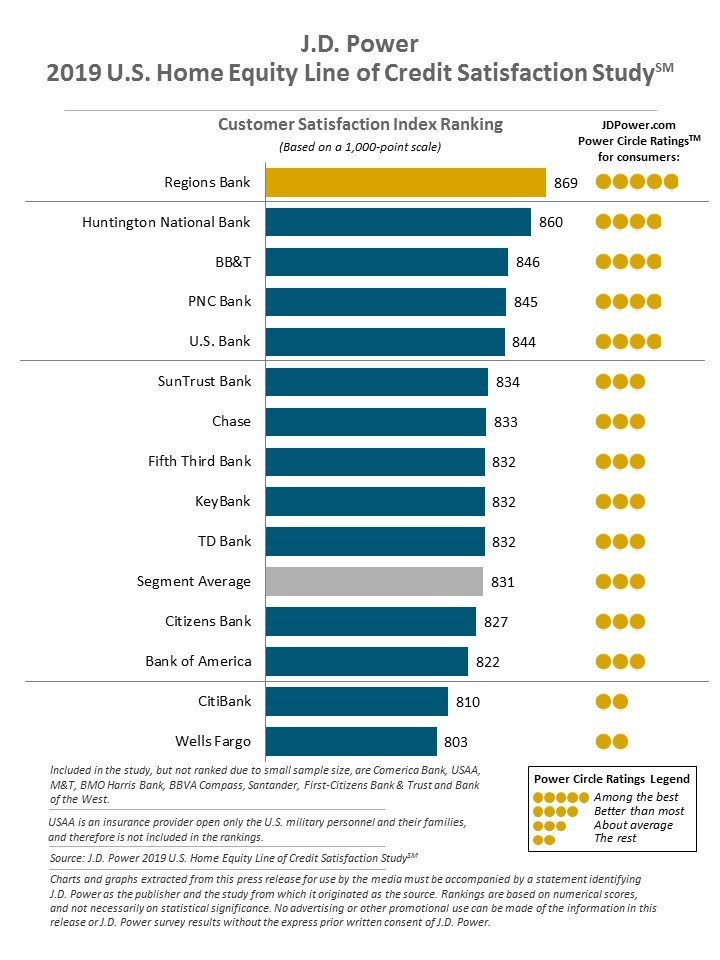 HELOC customers are more likely than ever to shop for alternative sources of funding and lenders are falling short on digital offerings, according to the “J.D. Power 2019 U.S. Home Equity Line of Credit Satisfaction Study.”

"HELOC providers have a privileged position in the consumer lending space by virtue of the relationships they already have with home loan customers, but they cannot afford to rely on those relationships alone to generate new originations," said John Cabell, Global Business Intelligence Practice Leader at J.D. Power. "Customers are being wooed by increasingly sophisticated competitors. Right now, HELOC providers are struggling to deliver digital experiences that are in line with customer expectations. That is becoming a major drag on future business as new, digital-native competitors enter the marketplace."

Following are key findings of the 2019 study:

"There are some very obvious areas where HELOC providers could make tremendous improvement by taking certain steps," said Cabell. "One of the easiest is alleviating customer concerns during the shopping process by publishing clear information on their website about interest rates and payment schedules."

The U.S. Home Equity Line of Credit Satisfaction Study, now in its second year, measures overall customer satisfaction with the HELOC process and explores the key variables that influence customer choice, satisfaction and loyalty based on six factors: offerings and terms; application/approval process; closing; interaction with the lender; billing and payment; and post-closing and usage. 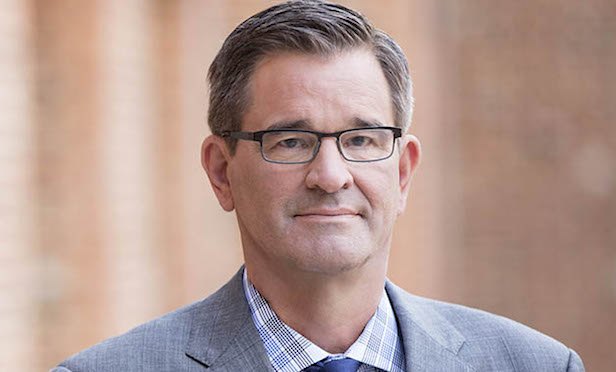 The net profit margin outlook for mortgage lenders, while still negative, improved significantly in the first three months of 2019, due to stronger demand expectations for purchase and refinance mortgages, according to Fannie Mae's first quarter 2019 Mortgage Lender Sentiment Survey.

"Lenders appear less pessimistic regarding mortgage demand expectations; thus their profit margin outlook over the next three months is also slightly improved," said Doug Duncan, senior vice president and chief economist at Fannie Mae. "While the results seem to portray the gloomiest picture of purchase mortgage demand during the prior three months in the survey's five-year history, the net share of lenders expecting rising demand over the next three months exceeded the level recorded in the same quarter last year. Lenders' view of the refinance market was somewhat rosier, as both recent and expected demand improved to the best showing in two years, helping to support lenders' improved profit margin outlook."

Additional highlights from the survey are as follows:

"While more lenders anticipate declining rather than rising profit margins, continuing the trend that started in the fourth quarter of 2016, the net share expecting falling profit margins decreased from a survey high in the prior quarter to the lowest share in nearly two years," said Duncan. "Lenders' improved demand outlook going into the spring selling season bodes well for our forecast of relatively flat mortgage volume this year following the double-digit drop in 2018."