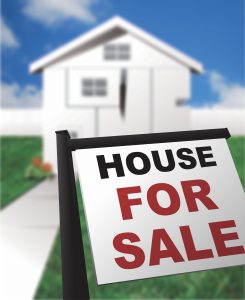 What is Market Potential, Anyway?

“Potential gross domestic product (GDP) is the level of production the economy is capable of if its workforce is fully employed and its capital stock is fully utilized,” said Fleming. “In other words, the total capacity of a nation to produce goods and services. The difference between actual GDP and potential GDP is known as the output gap, which indicates how much the economy is overperforming or underperforming its potential.

“The concept behind potential home sales is very similar. Our Potential Home Sales Model measures what a healthy level of home sales should be based on a variety of economic, demographic and housing market metrics,” said Fleming. “The performance (output) gap indicates how much actual existing-home sales are over or underperforming market potential.”

“Today, the performance gap is not at the level that implies a possible market correction. In fact, there are signs that the market potential for existing-homes may begin to rise,” said Fleming. “The year-over-year growth in tenure length has been slowing since March of this year and it is conceivable that it could stabilize or even decline. Tenure length is largely the result of the rate ‘lock-in’ effect, and seniors aging in place.

“In the latest Freddie Mac weekly report of mortgage rates, the 30-year, fixed mortgage rate was 3.5%, approaching the lowest mortgage rate in history of 3.3%, which occurred in 2012. If mortgage rates remain this low or even fall further, more existing-home owners may be enticed to move as the rate ‘lock-in’ effect fades,” said Fleming.

Ask Brian: How Can I Get Clients to Speak with Me When I’m Available?